It's quieter in the house than it has been in a long time.

Carol is home today and busy with her interests. I've been through my morning email routine, paid bills, begun work on the sermon, done my filing, balanced the check book, and otherwise planned out the rest of my day. But it's still quieter in the house than it has been in a long time. 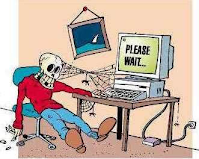 There's something about waiting, perhaps. Waiting for a phone call, or an email, one in particular that will bring good news, or even news that more waiting is in store. But I don't think that's it.  We've waited before.  Life is something of a waiting game, in lines, for tax returns, for the children to call or to get a promotion...And ultimately for justice to pour down, Jesus to return, Vindication to come! But it's still quieter in the house than it has been in a long time.

Dogs have a way of weaving their presence into our lives. Even if they are just lying there resting, we know they're there.  They may be outside playing, or inside eating and drinking.  They may be pacing or barking. But we know they are there.  And it's quieter in the house than it has been in a long time.

We usually are not without a dog or two.  We've had to place them before when we were preparing for a move. Whiskers had to be relocated when we moved to Kenya.  We spent a whole year there without a dog but four children ages 9 months to 8 years and the general noise and busyness of Nairobi seemed to compensate somehow.

We needed to rehome Samson when we moved to Thailand. It was a wonderful placement. And it wasn't too long before we had a dog in Thailand...and then another...and another.  One we had to rehome because we were going to be away from Thailand for 3 months and who greeted us at the airport when we returned? The very puppy we had sent on its way...Yes!  Dogs have a way of finding love and finding their people.

And now as we prepare for what we hope will be the development of a new ministry and time away for extended periods, we have rehomed Boomer and Xena.  They're both in wonderful settings.

But it's still quieter in the house than it has been in a long time... 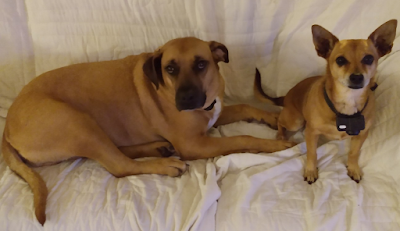 Today, we had a wonderful visit with former missionary colleagues, Ron and Denise Hamme, from Thailand whom we hadn't seen since 2006!... 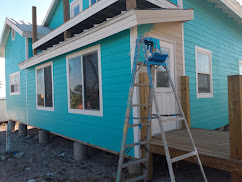 Sign up for email alerts when this page is updated