I chose the above words simply because they seemed to fit nicely together. They are indicative of the questions we will ask at the end of the week, so stay tuned...

Tozer, in Chapter 34, talks about the "evidence "of faith, albeit indirectly.  He discusses people's approaches to evangelism and strange methods of convincing someone they must be saved since God wouldn't cast them out, as if it were a question of human logic. He almost alludes to the question of "notches" on the belt for those we have led to Christ. And comes to the conclusion that we are only pointing the way.

"No one can lead another to God.  All he can do is to lead the inquirer to the door of the kingdom and urge him onward...There faith must make its leap of pure trust into the arms of God crying with Job, 'though though slay me, yet will I trust in him'." (And yet might argue that we can lead people astray...)

We urge people to repent. We urge people to trust. We urge people to believe but that is all we can do. It is only the Spirit of God that can do the necessary work within them. "If the repentance is genuine and the faith is real, all human confidence will come crashing down and the humbled soul will be forced to make its leap of faith alone."

Those of us who have had that encounter with the Divine, don't doubt the genuineness of the event. There is an ongoing humble confidence that even though we fail to live up to His standards, He still loves us. Pointing the way is simply a reviewing, for others, of the road we took, the decisions we made, and hoping that our experience will be sufficiently compelling for them to seek that road.

The mystery of the new birth is exactly and forever that - A Mystery - enjoyed by the called, longed for by others, and simply denied by so many.  Ultimately it is God who chooses to whom and  when he will reveal himself.  Thanks be to God!

So, to what, or to whom, does your life point? 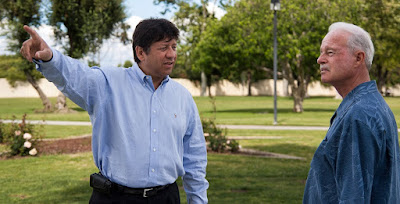 A Word About Superstition  - C hapter 36 1.   In what ways has my life (over the last year) been negatively impacted by superstition? ...