Let no one rob you of your confidence...

1. “the liberal who cheerful advises the unrenewed sinner to continue in the Christian life, overlooking the important fact that he has no life in which to continue. Where there has been no impartation of life to the soul of the man, growth and development are impossible. To assume that a saving act of God has been done in a man’s heart when in reality no such act has been done is to set the soul of man in jeopardy and all but guarantee his final ruin.” and

2. “the second error is found among us evangelicals...this one assumes that life is not there when it is. Unless every Christian virtue is in the soul, it flatly denies that any virtue is there at all. It requires all babies to be fully grown and all pilgrims to meet their destination the same moment they set out on their journey.”

The first idea is simply that many followers of institutionalized churchianity, those whose “grandparents founded the church,” “whose families have always had a representative on the board,” “who have long been a member in good standing” or who otherwise claim anything but Christ’s atonement as the source of their membership want to make sure that no one else experiences the new birth which they seem to have been denied, in many cases, denying that there is any such thing.

The other error being that if we can’t see in ourselves what we believe to be some preconceived, definitive level of virtue that somehow we aren’t saved.

It is absolutely necessary that we realize that once the Lord has saved us,once we recognize that He has specifically acted, once we have experienced that new birth, we need to trust that even though we don’t always see the fruit as quickly or as completely as we perceived we should, that that is not an indication that it is not there or not in process.

We must not let anyone rob us of the confidence that “he who began a good work in you will carry it on to completion until the day of Christ Jesus.(Philippians 1:6). If indeed he has genuinely begun that work, we can assume that he will complete it. For scripture encourages us:

Let us hold unswervingly to the hope we profess,
for he who promised is faithful.[Hebrews 10:23]

Have you ever been hit by something in scripture that just welled up within you such an excitement that you could hardly contain it?  This m... 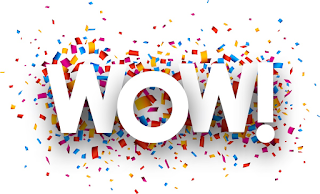