"Marked by fervent partisanship for a person, a cause, or an ideal." - Merriam Webster

"Great energy or enthusiasm in pursuit of a cause or an objective." - Oxford

For what are you zealous? What generates great energy or enthusiasm in your life?  What causes you to invest great loyalty, partisanship, or support? 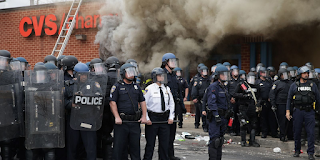 In these days of intense political partisanship we also hear of great ideological support being lent to protest injustice, racism, and all kinds of perceived inequities in our nation.  And truth be told there are some great inequities. There are great inequities that should call forth zeal, and enthusiasm, and energy, and partisanship.  But we seem to have great disagreement on two significant fronts:

1. What are the most significant issues that we should be addressing; and

2. What are the most effective means for addressing those issues?

Jesus, we are told, fulfilled the prophecy that "zeal for your house will consume me." [John 2:17]  This prophecy originally appears in Psalm 69 where we read:

“For I endure scorn for your sake,
and shame covers my face.
I am a foreigner to my own family,
a stranger to my own mother’s children;
for zeal for your house consumes me,
and the insults of those who insult you fall on me.
When I weep and fast,I must endure scorn;
when I put on sackcloth,
people make sport of me,
Those who sit at the gate mock me,
and I am the song of the drunkards” [Psalm 69:7-12]

It is the picture of a righteous man faced with scorn for His love of the Lord and His Temple.  He is scorned by neighbors and family. He is insulted by those who also insult God, the enemies of God.  He is mocked for his visible acts of repentance. Those in positions of authority (those who sit at the gate) do likewise. His situation is so well-known and universally mocked that it has become the song of drunkards.

And this is the kind of experience that Jesus calls us to - to have our family say "I don't know you anymore"; to be insulted by the unsaved; to incur scorn and ridicule for our pious actions; and for the authorities and even drunks to ridicule us.

Paul writes, by the inspiration of the Holy Spirit:

Indeed, I count everything as loss because of the surpassing worth of knowing Christ Jesus my Lord. For his sake I have suffered the loss of all things and count them as rubbish, in order that I may gain Christ and be found in him, not having a righteousness of my own that comes from the law, but that which comes through faith in Christ, the righteousness from God that depends on faith—that I may know him and the power of his resurrection, and may share his sufferings, becoming like him in his death, that by any means possible I may attain the resurrection from the dead. [Philippians 3:8-11]

Does zealousness for the Lord and His Temple (church) consume us?  Or is it a part-time, Sunday morning, routine in our lives?  Would we give up our reputations, our jobs, our family, enduring judgement, ridicule, scorn, mockery, and humiliation to show forth our own pious (showing reverence for the Lord) pursuit of righteousness?

Again under inspiration of the Holy Spirit, the author of scripture, Matthew (this time) writes:

Just weeks before being mercilessly slaughtered by Auca Indians, missionary Jim Elliot wrote in his journal:
"he is no fool who gives what he cannot keep to gain that which he cannot lose." Jim and his colleagues, Nate Saint,  Ed McCully, Roger Youderian, and Pete Fleming were ambushed and murdered as they attempted to share the gospel. And that act became the channel through which the entire tribe came to faith, and the family's reconciled.  What little (in comparison) suffering might you endure for the sake of the gospel as a demonstration of your zeal?

1. How does the thought of “faith” being confidence in God’s character impact me? The truth that my hope is founded on God's charact...