I'm struggling to read through 1984. It seems unnecessarily laced with adjectival descriptions to a distracting level, almost as much as the previously discarded "Brave New World."  I don't respond well to "It was a warm winter night and the windows, drenched from melting icicles, wonderfully blurred my view of the neighbors hideous Christmas display as the thought crossed my mind..."  I'm more of a "On that night, the thought crossed my mind..."; a get to the point kind of reader.
But as Tozer suggests, reading is a wonderfully blessed way of building our ability to express ourselves.  In my recent go around with the PC(USA) disciplinary system, I was struck by how the Investigative Committee report blew up the simple word choice I made in reference to a parishioner's FB posting (ignorance, which was an accurate use of the term) to one charge of "Disturbing the Peace, Unity, and Purity of the Church" and two charges of "Abuse of Pastoral Authority."  But it demonstrates the power of terminology to twist one's perception of reality

. The lawyer who reviewed my response did an even more masterful job in the rebuttal which took ownership of my likely having used the wrong medium but then expressed justifiable concern over the "draconian nature" of the recommendations. Neither one, however, expressed my basic frustration with the hideous and blatant disregard for their own "Rules of Discipline." But that is the state of the denomination which is now fully infused with the godless tendency to disregard scripture and it's confessions, the engine which has driven the PC(USA) for almost 100 years now. (An engine which has replaced the Holy Spirit in driving too many denominations/assemblies today.)
Words shape our reality. Take for instance the phrase "Black Lives Matter."  Who, in God's green earth, could disagree with such a statement? Of course they matter. And yet, it leaves the door open to all sorts of possible responses, innuendo, inferences, and argumentation.  It is intended to argue against a much deeper reality, that some people, to their own shame, really do not think that black lives matter as much as other lives.  But, I digress.

I read a beautiful piece this morning that I think relates well to what we are experiencing with all the protests. It relates to Christians everywhere, but in particular to what I often call pew sitters, bench warmer type church goers.  These are the people who say "I'll pray for you" but you know the chances of their entertaining more than an occasional passing thought are severely limited. Then, even more pitiful, are those who say something like, "Sending good thoughts." What on earth is that about? But again, I digress.
The quote:
For too long we have thought of the Christian life as essentially either involvement in political, economic, social concerns that wear us out and result in depression OR activity which keeps the church intact and doctrinally pure. Our primary orientation cannot be an institution or some great cause or even other people, but first and forever. Unless our identity is hid in God we will never know who we are or what we are to do.  Our first act must be prayer, "Oratario." To be human is to pray, to meditate both day and night on the love and activity of God. We are called to be continuously formed and transformed by the thought of God within us. Prayer is a disciplined dedication to paying attention. Without the single-minded attentiveness of prayer we will rarely hear anything worth repeating or catch a vision worth asking anyone else to gaze upon. [From "The Spiritual Life" by John H. Westerhoff III and John D. Eusden]
The use of the phraseology "for too long," "primary orientation," "single-minded attentiveness" raise the level of the conversation in importance, by moving toward absolutism.  There is more in this paragraph, than I could ever possibly respond to in this mere blog medium.  It is something I will need to read, over and over again, of which to plum the depths.  And I think this is one of the points in our "taking care" to ensure the reading material we select is worthy of the time we will spend and not just some flirting, comedic, or romantic entertainment. 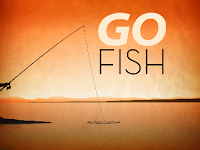 Far more important, than any march, any protest, any act, or any speech, is first and foremost, conversation with the Father.  I see no protest in scripture.  I see nothing but "come out from among them," in reference to attending to non-believers. I see no effort on behalf of believers to befriend or to support anyone aside from the great purpose of bringing them into a relationship with the Lord Jesus Christ.  I wonder what would actually happen, if instead of the pretend prayer rallies we see around the current protests, when popuar leaders carefully position themselves, making craftfully worded speeches and leading in tedious, vocalized prayers, if instead we would all sit quietly  before the Lord, for an hour, or two, or a day, or fasted for a week and prayed for His recommendation on what we as Christians should do, if we would find ourselves engaged in a completely different battle, against the powers and principalities of the air and the pretense of protest?
But how many of us, actually, pray? I mean sustained prayer, expressing our concerns, but then waiting, and waiting, days, weeks, or even months, if necessary, until we hear the voice of God directing our paths? God does speak. And His children know His voice. Perhaps if we first took the time to listen things might be different for us. That's what I love about the imagery of fishing - it requires peace, quiet, patience, and a willingness to simply enjoying being in God's great world. Prayer is like that, just spending time with God and having no other agenda. It's refreshing, renewing, restorative!
at June 24, 2020

Whose Hands? Whose Feet?

ghallead
I am a redeemed child of God who severed as a parish pastor in the Presbyterian Church (USA) for 23 years and as a PC(USA) Missionary for an additional 10 years. That ministry came to end on June 9, 2020 when I surrendered my ordination credentials due to ongoing theological differences, which had resulted in disciplinary action being taken by the Coastal Carolina Presbytery in response to my public stands in favor of sanctity of life and traditional marriage. I serve at the Lord's pleasure now, and love the freedom that brings. My wife (of 35 years) and I have 4 children, two grandchildren and a third on the way. We are currently remodeling our home as we await the next calling on our lives. Soli Deo Gloria!