The Love of God and Cumin

I don't like cumin. I'll tolerate it, but I don't care for it.  It is a strong spice.  In my opinion, it is a vastly overrated and vastly overused spice, particularly in this dry rub, barbecue, and chili type psuedo-cuisine that seems to be all the rage. Think "Man cooking". Tim Allen. Jet barbecues... 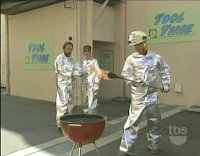 I've had it used well, particularly in South Asian cooking (from whence it originates), when there is but a hint of the flavor and it is nicely commingled with other spices. 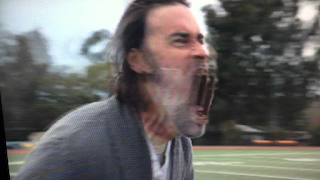 But 99 times out of a 100, in my experience here i the west, it screams:  "I'm sorry. I used a cheaper cut of meat, but I used a lot of cumin so you can't tell!"  It hides the ground chuck that should have been ground sirloin or ground prime.  It hides the tri-tip that should have been sirloin, or the sirloin that should have been rib eye or porterhouse. It draws attention to itself rather than pointing the dish it is supposed to to lift up.
Now this might seem pretentious about my "refined culinary abilities" It shouldn't. I have none. .Rather it is to make a more significant point about God's love.
As I look around the news, the protests, the postings, I hear a lot about "social justice." It appears to me that "social justice" is a lot like cumin. Cumin is a fine spice, when used in harmony with other spices.  So too, social justice has it's place as an indicator (one amongst many) of our love for one another.  But just as too much cumin can ruin an otherwise good meal, an unhealthy focus on "social justice" can ruin an understanding of God's grace and our love. 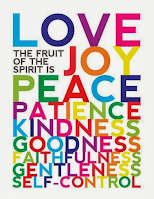 Christians live in a fallen world, stained by sin.  So too, we live in a secular country where (whether you accept it or not) we are a minority. (Here I'm talking about born-again, Spirit-filled Christians). God's love is abundantly evident in creation itself, in the many varied aspects of humanity, in the plethora of cultures and climates.  God's love is evident in social justice, in forgiveness, in mercy, in joy, in peace, in patience... 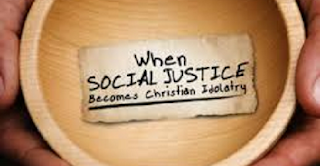 But patience may  prolong injustice.  Mercy may embolden sin. Joy may mask denial.  Social justice is a part of the way in which God calls us engage the culture in which we live, but it is to be balanced, with grace toward those who aren't there yet, forgiveness for those who transgress its bounds, and joy as we work toward the goal of His Kingdom come on earth, His will being done even as it is in Heaven. There are times to lift up social justice as lacking, terribly lacking, fundamentally lacking. But the way in which we mount the argument says more about our understanding of what constitutes social justice than anything else.  Denying some social justice to lift up the other is counter productive. It serves only to polarize.  So the question must be asked, how can we model and appropriate a social justice campaign, a reasoned defense, an actionable claim while maintaining the integrity of our faith?
I love Smoked Brisket, a good steak, and even a good, spicy chili. But I don't want to taste the cumin.  I want everything to work so well together that the meal itself is amazing, with no individual spice drawing attention to itself and therefore drawing attention away from the meat.
So too, I don't want my arguments for, my protest about, or my actions to help, establish legitimate "social justice" to draw attention away from the Lord in whom  we find absolute justice.  It is a goal toward which we work, one that we will never fully accomplish this side of the new heaven and earth which is promised.  We pursue it with vigor and energy, intelligence, enthusiasm, and great humility, but only as one piece of the love of God.

How to make peace with God - Click on the pic!
I can't say what the answer is. I don't know. I do know, however, that for the Christian, social justice alone will not, cannot cure the ills of the world. Only making peace will do that. And social justice will only come as a result of that.
May God have mercy!
at June 17, 2020

Whose Hands? Whose Feet?

ghallead
I am a redeemed child of God who severed as a parish pastor in the Presbyterian Church (USA) for 23 years and as a PC(USA) Missionary for an additional 10 years. That ministry came to end on June 9, 2020 when I surrendered my ordination credentials due to ongoing theological differences, which had resulted in disciplinary action being taken by the Coastal Carolina Presbytery in response to my public stands in favor of sanctity of life and traditional marriage. I serve at the Lord's pleasure now, and love the freedom that brings. My wife (of 35 years) and I have 4 children, two grandchildren and a third on the way. We are currently remodeling our home as we await the next calling on our lives. Soli Deo Gloria!